Answers Through Movement: What Is Dowsing And How Does It Work?

Answers Through Movement: What Is Dowsing And How Does It Work? 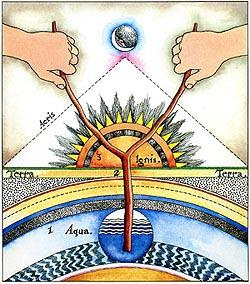 Have you wanted some answers to a question that is in your mind, only to feel like you’ve found because you saw, or felt, an object move? If so, then you have probably experienced the power behind the divination technique called dowsing.

Dowsing is the divination technique specifically for finding answers or objects from reading the movement of an object or device. It is most commonly known, via Hollywood or mainstream media, as a tool simply to find underground sources of water. But this is not restricted to that! For objects, dowsing can actually be used to find oil, gold, fossils, precious gems, and pretty much everything else! And for questions, it can answer pretty much any question that can be answered with a yes or no.

There are many devices and objects that can be used. The most common are dowsing rods, usually made of metals like copper, and bent in a “L” shape, with the shorter end held in the hands. Hazel branches also work, which have a “Y” shape with each tine end held on the hand. And finally, there are pendulums, the end of chain held by the hand with the weight dangling down.

The way it works varies a little bit depending on the object, but the general idea is the same. When looking for an object, the device will stay at their starting positions (parallel for the copper rods, horizontal for the branches, and static for the pendulum) and will begin moving when moving in the general vicinity of the object in question. Once found, the devices will have a massive change from their original starting positions (the copper rods will cross, the branch will point down, and the pendulum will move in a circle or specific direction.)

For answering questions, the premise is the same, with the dowser indicating at the very beginning which position indicates yes, and which one indicates no. Once the question is asked, the device will then show the answer.

How does it work?

Skeptics will indicate that the obvious reason for the dowsing objects’ movements is simple: the dowser is making it move. Surprisingly, many dowsers do not disagree with this idea, except they are quick to indicate some clarifications.

Many believe that yes, the dowser is making the object move, but this is done subconsciously, with the body simply acting upon what is drawn by the dowser’s latent psychic abilities.  When the dowser works, their subconscious is accessing the vast amounts of information available via the collective consciousness, also known as the Akashic Records, a universal bank of knowledge and readings. This collective consciousness is capable of an unfathomable amount of things, which include seeing the universe through and through, from simply seeing what’s underneath our feet, to seeing the stories of fate woven for each and every one’s lives.

The information drawn from the collective consciousness courses through the body of the dowser, and manifests itself in the involuntary micro muscular movements of their muscles and limbs, which in turn move the object to give the right answer.

The good thing about dowsing also is that it is a good gateway method to practicing divination. Because the skill relies on latent psychic abilities, which everyone has, it requires not a lot of technical skill, which amazingly, prepares the mind for more technical methods of divination.

Give dowsing a try! All you need to do is have any of the objects we mentioned, have them in your hands, and begin focusing on whatever you wish to find, or whatever questions you want answered. It may need a lot of tries, but you’ll get it right! 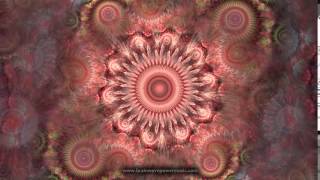 Spend some time with yourself and remember to appreciate who you are, recognize the new traits you have gained and reflect on your past self, your present self, and try to see what you want to be for your future self. This music track, which contains a 5.5Hz binaural beat and is associated with inner guidance and visions of self-growth, will be useful for your meditation sessions, prayer, or even counselling sessions. This may help you to reflect, to listen to your intuitions, and to guide you to make the decisions you will need. Find the inner voice within.