How Dreams Changed The World

How Dreams Changed The World 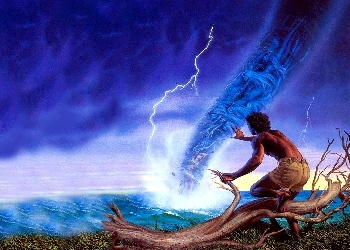 Dreams can yield fantastic imagery (or sometimes terrifying, depending on what you dream about) and to most, the images simply vanish into memory, or in a dream, journal to be enjoyed sometime later. However, dreams do more than just make us experience things that are beyond our reality. They can also be a source of creativity and ideas, and in some cases, the ideas from these dreams changed the world. This is why the phrase “it came to me in a dream” is popular in pop culture.

Our world has achieved much when it comes to the scientific field, but many people don’t realize that many of these advancements came to the scientists in the form of dreams!

The Scientific Method, the process in which science gets to prove or disprove principles and theories, was thought up by Rene Descartes, famous mathematician and philosopher, through a dream that was composed of ghosts, storms, a room full of sparks and thunder sounds, and a peaceful room, with a book that had nothing but one line in it: “What path shall I take in life?” He interpreted this as a calling to find out how to man should think about the universe he is living in and came up with the Scientific Method followed by scientists to this day.

Other scientists that made advances in the field of science through dreams include Albert Einstein, who came up with the famous Theory of Relativity after it came to him in a dream about electrocuting cows. It is said that in his dream, a farmer had an electric fence where cows were standing, and when he turned it on, he saw the cows jump away from the fence one by one in a wave motion. From there, he put two and two together and realized that things appear differently for different people depending on where they are due to the time it takes for light to reach them: the Theory of Relativity.

And Freidrich Kekule von Stradonitz discovered Benzene -a chemical that not many might be too familiar with but actually encounters every day because it is used in the production of fuel, rubber, leather, and so on- after dreaming about snakes. It is said that Kekule went for a nap and dreamt about snakes, who surrounded him and formed themselves into a hexagon shape, which upon waking up, he realized was actually what the benzene molecule was shaped like.

There are many more examples of inventions in the field of industry to medicine to information technology, from Elias Howe’s dreaming of being stabbed leading to the invention of the modern sewing machine to Larry Page dreaming about downloading the entire World Wide Web and coming up with the idea of Google!

It is quite common for artists to be more associated with creations from dreams, what with the fantastic imagery of their creations often being reminiscent of what one could see from dreams. But some works of art truly shaped the landscape, without whom our world will truly look different today.

The field of science fiction first came to life with the work of Mary Shelley you might be familiar with: Frankenstein. Many consider her to be the mother of science fiction, and her famous work is said to have come from a dream. Or in this case, a nightmare. It is said that she saw a hideous humanoid looking creature in this nightmare, utterly terrifying and like a mockery of life itself. The image was so powerful that it continued to scare her even after she had woken up, and she decided to write it down, thinking that what scared her would definitely scare others. Thus, science fiction was born.

As well, Robert Louis Stevenson, author of Dr. Jekyll and Mr. Hyde, struggled with a plot for his story and is said to have come up with the idea when he dreamed a particular scene involving a window, split in two, showing Mr. Hyde actually undergoing his infamous changing process in front of police. This is an important breakthrough in literature as it set a new genre of the struggle between good and evil inside protagonists, from which many modern stories have derived their ideas from.

Another famous name in the field of literature, HP Lovecraft, is said to have come up with the name “Necronomicon”, a famous book in his stories when he heard the name spoken to him in a dream.

But not all works of art came in the form of nightmares. Salvador Dali was fascinated by the images that occur between the

sleeping and waking states and actually experimented with numerous methods to conjure up the images he is known for, an art genre called Surrealism. One way he would do it is he would put a tin plate on the floor, sit beside it while holding a spoon over, and relax. Images would then appear in his mind as he was about to fall asleep, and when the spoon fell on the floor creating a loud sound, he’d be woken up and he’d capture what he saw.

And then there are musicians like John Lennon and Bob Marley, among many more, who came up with their fantastic pieces of music and their message of hope and love through their dreams.

These are just a handful of examples of breakthroughs that came about through dreams. So don’t let your dreams pass by without writing them down in your journal! You will never when your dream might lead to something bigger. As well, improve the experience of your dreams with this binaural beats tracks for dreams! 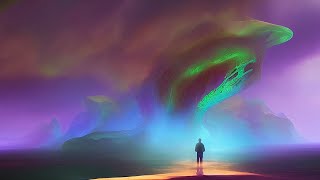