How Pythagorean Works on Sound Healing

How Pythagorean Works on Sound Healing 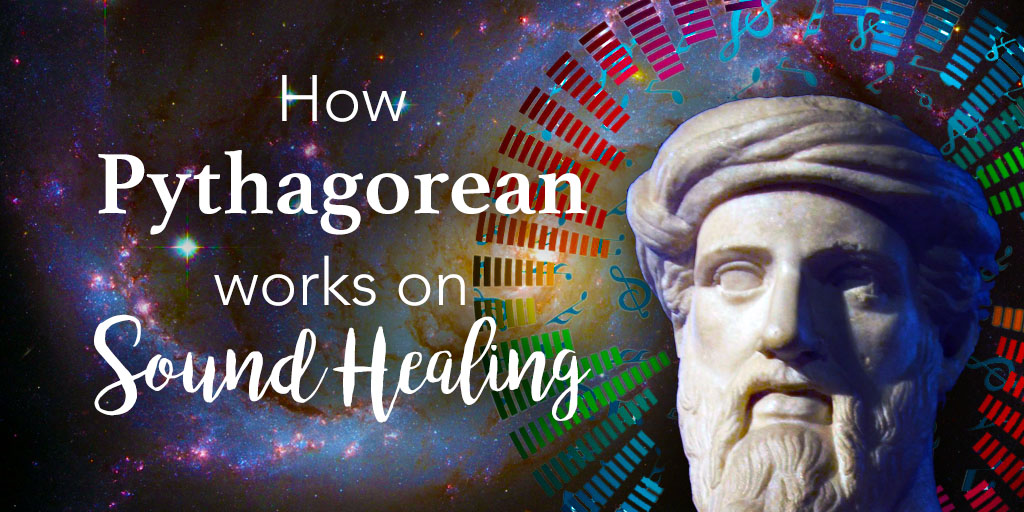 Pythagoras of Samos, Greece, was not only one of the greatest mathematicians and philosophers of all time, he was an extremely accomplished musician too. His instrument of choice was the kithara which is an ancient form of the guitar. He also sang whilst he played his music

He was known to be able to soothe both animals and people with his music and he came to recognize the effect that his music had on the senses and the emotions of those people that he played for. He eventually came to call it ‘musical medicine’.

The power of the music comes with an ancient tale of a young man who had had a few too many drinks and was filled with jealousy and placing kindling about his mistress’ door with the plans to burn her house down. However, the young man was distracted by a flutist who was nearby playing a tune in the Phrygian mode. Pythagoras encouraged the musician to play a rhythmic mode, which made the intoxicated young man suddenly became composed and return home after first gathering his kindling from his mistresses door.

Pythagoras made many incredible statements to people about music in general. He later told them to stay away from music made by instruments that weren’t uplifting and told them that the soul could heal from the music medicine that he played. He discovered that the seven keys of the Greek system of music had the power to incite the various emotions. He could sooth people, calm people, make people happy, just by playing different keys with his kithara.

“And there are certain melodies devised as remedies against the passions of the soul, and also against despondency and lamentation, which Pythagoras invented as things that afford the greatest assistance in these maladies. And again, he employed other melodies against rage and anger, and against every aberration of the soul. There is also another kind of modulation invented as a remedy against desires.”

Of course, to this day there has been many studies to back this all up. We now know that certain types of music affect the mood and the emotions, which is why we are encouraged to listen to happy music when we wake up and soothing music before we sleep. It also tells us that heavy, harsh music has the same affect on the brain and puts us into a low vibration and makes us feel down in general.

Music can not only heal your emotions and uplift you, it can also heal the body of illness. This is because of the positive energy itself. The positive and light energy that is created in the mind then creates in the body which helps uncover any blockages that were once put there from negative thoughts. His discoveries showed us that music can heal the sick, strengthen the weak and uplift the sad. Music really is one of our most precocious instruments.