Looking To The Heavens: How The Stars Affect Our Lives

Looking To The Heavens: How The Stars Affect Our Lives 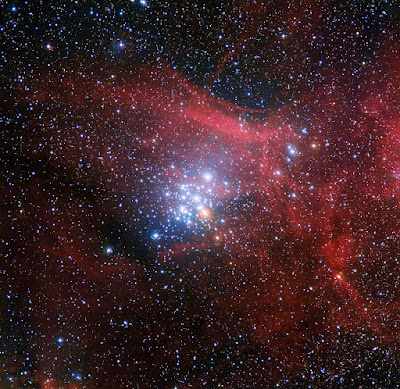 Since time immemorial, mankind has looked up at the heavens at night, amazed at the unreachable lights we call the stars. And ever since, civilizations the world over believed, and continue to believe, that the stars influence our lives, whether directly or indirectly. But how is this possible, and is it really the case? Do stars traversing the heavens really affect our lives?

We the star children

Scientifically, everything that exists on our planet -the mobile phone you’re holding, the bed you sleep in, even the baby you hold in your arms, and the entire world as a whole- came from the stars. All the matter in our planet and in the cosmos came from the stars, and this is because the basic building blocks of existence make up the stars themselves.

So we are, fundamentally, are children of the stars (in this case, our sun) and are made up of star matter. And because, it is stated that energy cannot be created nor destroyed, only transformed, we are also made up of the same energy as our sun and the stars above. This energy is perhaps the reason why we feel an affinity to the stars, and activates our deepest desires to figure out the answers to the questions of the universe whenever we look up at night.

How the stars affect us

Our universe is governed by four major forces, according to science: gravity, electromagnetism, nuclear-strong, and nuclear-weak. Both gravity and electromagnetic forces, which the stars greatly influence, can affect objects vast distances away. So if the stars do affect us, it will be because of either of these two, from a scientific standpoint that is.

But even before scientists came up with these four forces, ancient cultures have already theorized something very similar; the “aether”, a universal force that binds everything in the universe together through the emptiness of space, has been in the psyche of humanity since the dawn of mankind, predating even the Egyptian cosmological studies and principles. The aether theory has survived the millennia, and has taken different forms depending on the field of study, such as the cosmic consciousness ideology which states that there is a universal mind that connects all thinking beings together.

As stated earlier, everything is made up of, and share the same, energy as the one that came from the stars. Everything contains energy and it is this energy that permits anything in the universe from existing and happening! And our ancient ancestors noticed that certain events trigger when a star or constellation falls into a specific configuration, and that babies born under the same star events share similar characteristics, regardless if it is of different years, as long as it is of the same time period.

This is the foundation of astrology, which over the millennia has predicted events of a person’s life depending on their zodiac sign.

Are our fates fixed then?

Many people think that because our lives are influenced by the stars, that our destinies or fates are fixed.  After all, if the cosmic energy is that strong, are we not bound to what the universe has in store for us?

Simply put, no. While the stars may influence who we are, and how we live our lives, ultimately we are creatures with free will, and it is up to us if we are to use the gifts and traits the stars have imparted to us, or discard them. It is up to us to heed our inner voice’s calling, or to follow the mind instead of the heart.

The stars may affect us, but we are not ruled by them.

Enjoy a journey through the stars, right in your own home, by listening to our binaural beats track for deep sleep and relaxation, “Star Dusts.” 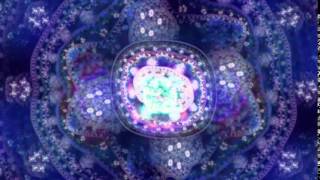 A simplified brainwave entrainment track made to give deep relaxation, overall balance of well-being and good feelings, using frequencies of 2.5Hz to 3.5Hz. These binaural beats and isochronic tones are also used to gain a sedative effect, pain relief, a remedy for depression and produces endogenous opiates. It is also based on one of the Earth’s Resonances which stimulates the DNA code of our system and will leave you with a feeling of unity with everything.