Reading Fates: What Are Tarot Cards And How Do They Work?

Reading Fates: What Are Tarot Cards And How Do They Work? 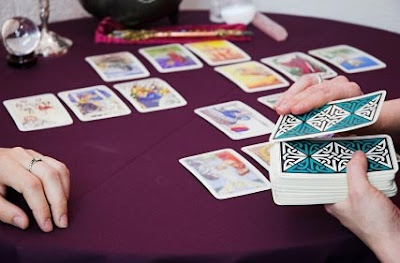 Divination is the ability to gain insights or answers to a question, problem, or situation through the use of a specific ritual. There are many ways to perform divination, and one of the most popular ways to do this, even up to this modern day, is through tarot cards.

Tarot, the name of which transformed throughout history, is a pack of cards, usually 78 in number, and first appeared during the mid-15th century in Europe. Originally meant to be playing cards for different card games, it became a tool for divination by mystics, spiritualists, and occultists starting in the late 18th century, when, as many say, their true role as beacons of insight were revealed.

The Minor Arcana are similar to a deck of regular playing cards. They are divided into four suits, with each suit having one card for 1 to 10, and then face cards referred to as the page, knight, queen and king.

The Major Arcana are stand-alone cards with their own unique meanings. These include cards like the Devil, Strength, Temperance, the Hanged Man, the Fool, and Death.
It is these suits and numbers that diviners use when using tarot cards for divination.

In the 18th century, a link was made between the tarot and ancient Egyptian beliefs as well as divine hemetic wisdom, although it was met with fear and quickly branded as “The Devil’s Picture Book” Nevertheless, when Antoine Court de Gebelin in 1781 said that the symbolism of the Tarot de Marseille represented the mysteries of Isis and Thoth, it started the chain of events that would lead to tarot’s popularity in divination. Some claim that, despite hieroglyphic deciphering showing that there is no such link, the fact that people were still able to use tarot for divination shows that it is truly a key.

Over this time period, the suits and illustrations of the tarot transformed into what many of us are more familiar with today. But despite its storied history, nobody could truly explain how the tarot works, or why it does. There are many theories, but nobody can say for sure.

How does tarot divination work?

There are many theories and ideas for how the tarot reading works.

Regardless of the explanation, the tarot is able to let the reader divine the future. However, because the future is fluid and that the minutest of events can change it, absolute predictions are impossible, and not actually offered. What the divination gives to the reader is the situation at hand, the influences affecting them and the subject, and the possible outcomes of those situations based on the current events.

So in the end, the tarot reading gives the subject a guide based on the information divined to be able to make more informed choices as they traverse the branching roadways of their future.

How to start divining tarot cards 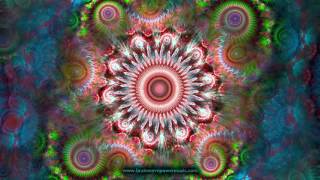 Using binaural beats and isochronic tones, this track was created for meditation sessions, wherein the brainwave entrainment frequencies used range from 0.5Hz-7.5Hz, which are associated with extraordinary states of consciousness and meditation, spiritual insights, out of body experiences, yogic states of suspended animation, feelings of oneness, spiritual awareness, internal focus, and gives effects of advanced feelings of centering of magic and of the transcendental, and is closely connected to the Manipura chakra. Listen with or without headphones during your meditation sessions.