The Power Of Chants: Benefits Of Chanting And Mantras To The Body And Spirit

The Power Of Chants: Benefits Of Chanting And Mantras To The Body And Spirit 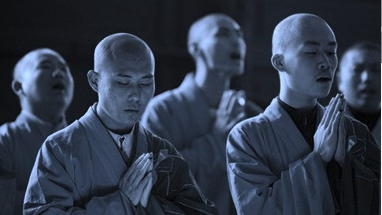 From a simple individual prayer, to a whole gathering of people voicing out in unison, many spiritual rituals and events require chanting of mantras or hymns. Whether it’s to connect to a higher spiritual power, or to try to reach out to the spirit realm, or even tap into something darker, chanting has been part of the fabric of human spiritual culture for thousands of years. But why is this the case? What is it about chanting that makes it essential to virtually every spiritual practice?

Regardless of one’s religion or beliefs, chanting is believed to bring about a transformation that leads the chanter closer to the spiritual realm, to the Divine. Many spiritual leaders and experts believe that chanting, whether it be a Judeo-Christian prayer, or a Hindu or Buddhist mantra, helps the chanter become more aware of the Supreme Being/s and unite with them on a spiritual level. It does so by harmonizing the physical, emotional, and intellectual sides of a person, and helps remember the Supreme Being/s.

Chanting also alters the consciousness and increases psychic power, and sacred chants empower the chanter with spiritual abilities that help them reach their goals in life. This happens because chanting taps into the Divine Principle, which in turn grants otherworldly and supernatural powers.

In Buddhism, chanting is also used in spiritual purification and in clearing out spiritual distress brought about by negative energies and sin. This is similar to Hindu beliefs of chanting helping cleanse negative karma, and Christian beliefs of invoking God’s name for forgiveness of sin.

Some followers of the occult also believe that chanting, especially in séances or Ouija board sessions, help in thinning the veil between the living and spiritual realms and can help in communicating with the dead.

These are just a handful of the spiritual effects of chanting; the effects vary depending on the religion or spiritual belief a person follows.

The effects of chanting are not just based on belief, or a placebo effect. Scientists have researched the effect of chanting numerous times in the past years, to find out why chanting produces the effects they do.

In general, chanting has been found to have a therapeutic effect on the body, soothing and harmonizing the body’s multiple systems and kickstarts the body’s natural healing abilities, as well as help deal with addiction. This is according to research done by Alfred Tomatis at the French Academy of Science and Medicine, as well as by the experts at Cleveland University. This happens because of what are known as the Neuro-Linguistic Effect and the Psycho-Linguistic Effect. The NLE is a melodious effect created by the rhythmic tones of chanting, and the PLE the body’s reaction to the meaning of the chants being chanted. These two effects signal the brain to produce and spread the curing, healing, and feel-good chemicals of the body.

Other studies, like the one done by Dr. Alan Watkins of the Imperial College in London, have shown that heart rate and blood pressure dip to their lowest while chanting, as well as normalize the levels of adrenaline, cholesterol, and unruly brainwave patterns, due to the vibrations of the sounds produced during chanting. As well, neuroscientist Marian Diamond of University of California discovered that chanting inhibits the release of stress-hormones.

Whether it’s during meditation, yoga, prayer, or even just to take a short break from the rigors of everyday life, chanting can definitely improve your well-being. Chant while listening to this binaural beats track and compound the effects even more! 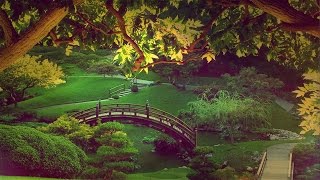 Using the 14.1Hz binaural beat as the main focal point, which is associated to the Earth Resonance and accelerated healing, and a multiple binaural frequency flow from 7Hz to 12Hz, this music therapy track provides a gateway for self-visualization in a healing situation, treatment of addictions, grounding, stress tolerance improvement, rejuvenating effects, helps in recovery from injuries, and centering and balancing for the mind and body. Listen with or without headphones once a day.