Transcending Barriers: Explaining The Religious Ties And Answering The Supposed Dangers Of Meditation

Transcending Barriers: Explaining The Religious Ties And Answering The Supposed Dangers Of Meditation 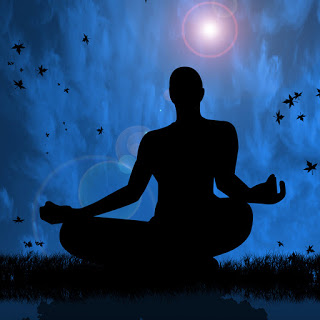 As a form of relieving stress, improving productivity, and gaining deeper personal understanding, meditation has been gaining popularity in recent years, now being used by everyone from Yoga practitioners to CEOs of major corporations. But despite its rise in popular culture, many people still misunderstand, and sometimes even fear and dislike, the idea of meditation. This is due to a lack of information or even misinformation spread about the practice. Today, we’ll discuss what meditation really is about and why it transcends the barriers of religion, race, culture, and lifestyle.

What exactly is meditation?

As we previously discussed, meditation is a state of mind wherein it is emptied of whatever may trouble or disturb you, to pause and be at peace with oneself and be calm. By this definition, something as simple as sitting down and relaxing in silence, to something more complex like doing calligraphy, can be considered “meditation.” But the most common practice is that of finding a space where one can be quiet and undisturbed, and simply relaxing and being at peace.
Now, this is where the definition ends (in a simple manner) and the speculation and misinformation begin.

Meditation is not a religious practice and does not denote that you are following a specific religion. However, different religions actually have their own ways of meditation, whether it is acknowledged as such or not.

For example, the Hindu mantra meditation is very similar to the Christian rosary prayer, with both constantly repeating a specific verse and prayer in a solemn manner.
Judaism’s Qabalah, which is Hebrew for “to receive and reveal” follows a tradition that requires the students to transform their inner selves with the external, assimilating symbols’ characteristics via meditation.

Islamic tradition requires a Muslim to pray at least 5 times a day, during which time they focus and meditate on God by reciting the Qur’an, strengthening the ties between God and man.

And then there’s Buddhism, where Buddha himself, Siddhartha Gautama, is known to have reached enlightenment while meditating under a Bodhi tree. Different variants of Buddhism, such as Zen Buddhism, emphasize the importance of “emptying the mind” in their practice of Zazen, or Zen meditation, wherein the person stays in a seated position similar to Siddhartha, to allow the unconscious mind to be one with the universe.

There are many other religions and variants thereof, with their own versions of traditional meditation, even though it is not formally called as such. But the basic principle is that if it is a solemn practice, that requires some form of spiritual connection, involves either introspection or extrospection, and aims to bring mental peace and calm, it can be classified as a form of meditation.

Meditation is dangerous? Makes you prone to evil influence?

There are some groups of people who fear that the spiritual connections done during meditations make cause the meditating person to be prone to evil influences, whether it be demonic possession, or becoming a portal for evil spirits, or simply tapping into dark desires that lay dormant within. Others fear awakening supernatural powers, like being psychic or opening the third eye. And then there’s the fear of awakening the kundalini, also known as the “serpent spirit” and the root chakra.

We will discuss these dangers in a future post, but right now, all you need to know is this: these are all merely hurdles, distractions, and possible fears for your meditation session. As with all kinds of meditation, the focus is key, and to lose focus due to these distractions and fears is to hinder your meditation progress.

Also, remember that meditation induces certain brainwave patterns, and each one has side-effects if there is an imbalance in the amount produced.  Included in these side-effects are seeing visions and hallucinations, experiencing feelings of dread and fear, as well as a gripping sense of anxiety. All of which may be attributed to the supposed dangers of meditation that are being spread by those who have had meditation experiences that have gone astray. 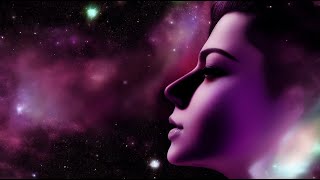