What Is An Out Of Body Experience? Near Death Experience And Astral Projection

What Is An Out Of Body Experience? Near Death Experience And Astral Projection 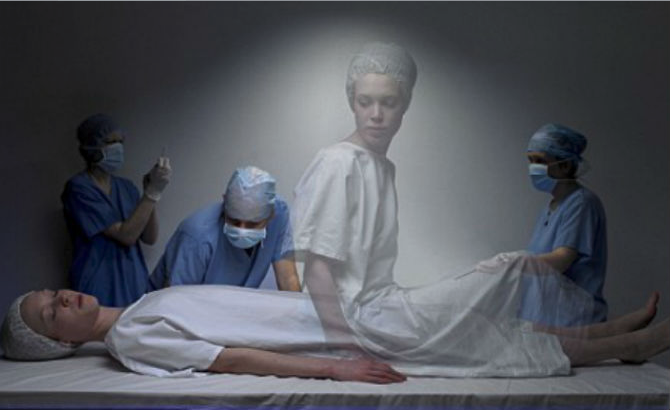 It’s a common Hollywood cliché: a character finds himself, either sleeping or in a near fatal situation, and the next thing they know, they’re looking at his own body lying on a bed or an operating table. Sometimes, he sees a white light, and he tries to approach it, but all of a sudden, he finds himself back on the hospital bed, and awake. It is an out of body experience, something that happens to a surprisingly high number of people all over the world.

An out-of-body experience, (or OBE) is when an individual experiences floating outside their body, and being able to see their physical body from where they are floating. The term was coined by writer George Tyrell in 1943, and was quickly adopted by researchers and scientists as an alternative to other names like astral projection or spirit traveling.

Scientifically, OBEs can be caused by different things, from sleep and sensory deprivation, dehydration, drug use, and more commonly, brain trauma and near-death experiences. The last two are what scientists and researchers believe caused different civilizations to believe in the existence of souls or spirits within the body, and create their beliefs of the afterlife.

Psychologically, OBEs are considered by scientists to be dissociative experiences that come from different psychological and neurological factors, and are a form of mental state, like dreaming. The reason why it appears as such is because the brain’s subconscious dramatizes certain specific images, normally hallucinatory constructs that are related to the personality. It is also considered by some as a defense mechanism to deal with the threat of death, or as a stress reaction to a painful situation. There are almost as many scientific theories about OBEs as the number of OBE cases themselves!

However, spiritualists, occultists, and parapsychologists believe that OBEs are not simply psychological in nature, but rather, proof that there is a soul, spirit, or astral body within all of us that can detach from the physical body. Recent anecdotes of OBEs have people who experienced OBEs report specific things or instances that would otherwise not be known without actually having an OBE. Everything from seeing items that the patient has not come across, to being able to observe the goings-on of their surroundings while they are physically unconscious.

Why does it happen often near death?

As mentioned earlier, some scientists believe that OBEs are a defense mechanism to deal with the threat of death. They believe that he mind creates an OBE to be able to calm the body down in order to make the transition from life to death less traumatic, reducing the physical pain.

Parapsychologists and spiritualists however believe that OBEs happen because when a person gets a near-death experience, the final separation of the spirit and body begins, as the soul transcends to the next realm. The white light that scientists attribute to the eyes dilating  when experiencing trauma is believed to be the gateway to the spirit realm, which is why it is seen at some point during the OBE. When a person is suddenly pulled back to the waking world to their body, it is because their physical body has been stopped from dying, and as a result the transcending process gets interrupted. It is believed that OBEs are a natural part of a person’s life.

What is the difference between OBEs and astral projection?

OBEs do happen, but why wait until it does? You can take control and perform astral projection instead, with the help of our guides below and this binaural beats track for astral projection. 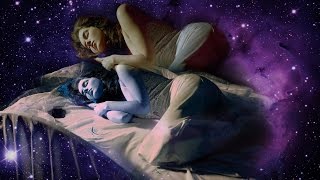 The first part contains binaural beat frequencies and isochronic tones that range in Theta waves associated with deep relaxation, meditation and creativity, astral projection and tapping your subconscious. In this first couple of hours, you should try doing astral projection methods to further assist your chances of acquiring an out of body experience.

For the second part of this track, we have formulated another set of frequencies dedicated for a deep, sound sleep and relaxation. Both parts contain the frequency of the Sun, 136.1Hz, which resonates the feelings of calmness, meditative, and centering. It is also connected to the Heart chakra to give you a sense of balance and harmony with the cosmos. As you finish your astral travels, you will find yourself falling into deep sleep and waking up feeling refreshed and energized.