What Is Friday The 13th? Should We Be Worried?

What Is Friday The 13th? Should We Be Worried? 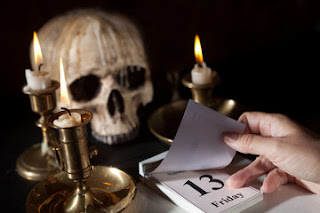 If there is one number that has struck fear into the hearts and minds of the different peoples of the Western world, it is the number 13. Even today, there are no 13th floors in most buildings! But the combination of a Friday being the 13th of the month is said to be even worse. But what is it about Friday the 13th that has a lot of people spooked?

Where did Friday the 13th come from?

Friday the 13th is prevalent in the Western world’s culture, and many experts believe that the superstition may have come from the Middle Ages. It is said that during Jesus’ last supper, there were 13 people present on the 13th of Maundy Thursday, the night before he died on Friday.

Prior to this, different cultures have already considered Friday, and the number 13, to be unlucky. Fridays are said to be an unlucky day, with histories ranging from sailors not wanting to sail on Fridays, to Jesus’ death being on a Friday. 13 being unlucky is almost a universal belief, with histories ranging from Judas being the 13th guest during the last supper, to Viking Norse belief’s Loki being the 13th god in the Norse pantheon, and was the 13th guest to arrive at the funeral of Balder, whose murder he engineered. In occult beliefs, the number 13 holds great significance, both for good and bad, but due to its association to the occult, the number 13 is commonly seen in a negative light.

So with Friday and the number 13 combining, it is said to be especially unlucky.

Contrary to popular belief, while it is true that the Knights Templar’s arrest and eventual executions occurred on Friday, October 13, 1307, it is not the earliest source of the Friday the 13th superstition; in fact this theory is quite modern.

Is it really unlucky?

Scientific research has shown that while there are unfortunate events that occurred during the many Friday the 13th days of our history, it is not that much more than any other Friday, or any other day for that matter. Many scientists attribute the Friday the 13th fear to be a case of people seeing what they are trying to find, that is, because people believe that Friday the 13th is unlucky, they will always find instances and reasons for it to be so.

In addition to this, Hollywood and modern media keeps on pushing this idea to the public through shows and movies.

However, followers of mysticism and of the occult believe that Friday the 13th is truly a negatively charged day. The point to the numerous instances that the number 13 has been significantly associated with negativity, as well as the multiple feelings of foreboding felt by people all over the world during this black day.

Overall, there is no need to fear during Friday the 13th. But it doesn’t hurt to be ready for it! Proper lucky charms, feng shui, and other wards for bad luck can make sure you’re safe on that day. And also, listen to this binaural beats track for luck! 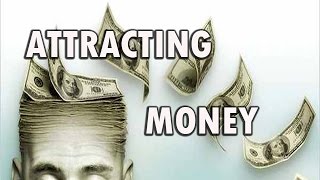 Jupiter is known for good luck, spiritual teachings, higher knowledge and success. It represents growth, creative power, prosperity and good health. With a binaural beat mix of 0.5-4Hz, found in the Delta wave, and a carrier frequency of 183.58, which is associated with the orbit of Jupiter itself, this meditative music aids with anti-aging, deep sleep and taps the deeper levels of our subconscious as we search for divine knowledge and personal growth. Relax, listen, and feel the bliss.