What Is Qi? What Are The Benefits Of Controlling Qi?

What Is Qi? What Are The Benefits Of Controlling Qi? 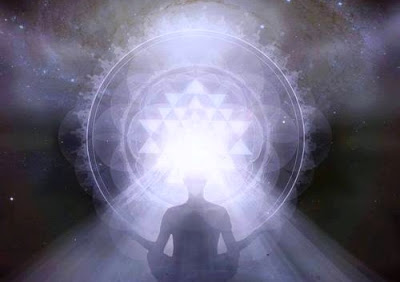 We’ve all heard it before: “energy”, “spirit”, “essence”, “soul.” But all of these things refer to one thing, which traces its roots back to traditional Chinese culture: Chi. Also known as Qi, or Ki in some cultures, Chi, translated literally, means “breath” or “air”, the life force or energy flow that fills every living thing. But while this concept sounds like some mumbo-jumbo to many skeptics, in recent years science has shown some evidence that reveals the very concepts of Chi itself. But what exactly is Chi? And why is it important for us?

The concept of Qi is simply the life process or the “flow of energy” that is found within all living things. While the concept itself is of Asian origin, it is also found in other cultures, like in ancient Greece and India, and found in Jewish and to an extent Christian traditions. The “life force” is not just within each living thing, but also serves as a connection to other living things and their surroundings. This means that everyone and everything is part of the cosmic network, where the one affects the many, and ripples in the events of the world eventually reach everyone else.

Qi is also said to have different categories, can be turned into many different forms of matter or energy, can be used to heal or destroy, and can be used to extend the life and, in some cases, even slow the effects of aging.

Being able to harness the power of Qi gives the person the ability to enjoy its benefits in many different ways. And there are many avenues that people can employ to be able to harness Qi.

1.)    Feng Shui – one of the most common ways to harness Qi is through Feng Shui, which is the art of properly arranging space and choosing the proper placement of objects and any other elements. It can be employed from a small room to whole complexes like commercial centers and condominiums. The concept behind Feng Shui is balancing the flow of Qi, to be able to have it interact properly with the 5 elements of Chinese tradition, have it flow in the right directions, and so on. Properly retaining or dissipating Qi in key points is believed to affect everything from the health of the occupants to the wealth that comes in the area, to the overall luck of the vicinity.

2.)    Martial Arts – another common way to harness Qi is with martial arts. There are many martial arts, both Eastern and Western, that use Qi whether they know it or not. It is known as the explosive use of internal energy and can be commonly seen when one sees or hears a martial artist’s “yell” during a move. Qi can be used in martial arts in many different ways, from turning flesh impervious to damage, to making heat radiate from the palms or other areas, to being able to achieve feats of strength that can commonly be associated with superheroes, like punching through walls of stone.

3.)    Qigong/Tai-chi/Active Meditation – all referring to virtually the same thing, qigong is the concept of uniting proper movement, breathing, meditation, and cosmic awareness, which is said to balance and even increase one’s Qi. It can be described as a combination of martial arts, meditation, and personal feng shui, qigong is a method that anyone can do. It can also promote relaxation, heal the body of its ailments, and in advanced levels, actually slow down aging. This is why people see a lot of elderly qigong and tai-chi practitioners in parks all over Asia!

Cultivating and harnessing Qi is a valuable skill that people can learn and benefit from. Binaural beats can help in this regard. 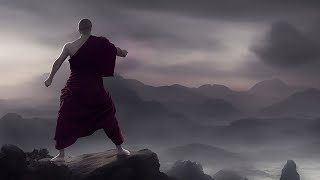 The 3,000-year-old self-healing qi gong (chi gun) from China is a form of energy work practice in activating and harnessing your chi (life force) which are beneficial for health improvements, stress reduction, and seems to slow down (or reverse) the effects of aging. For this music track, we’ve compiled binaural beat and isochronic tone frequencies that are related to the Qi Gong, the Brow chakra (Ajna), and the Earth’s Resonance for DNA stimulation. The effects this track will bring forth are vitality, beauty, higher love energy, and aspirations for harmony; feelings of unity with everything, a remedy for depression and anxiety, and whole-being regeneration.

Qi Gong is a type of spiritual practice that intends to align the body, breath, and mind. Qi Gong allows one’s self to access higher realms of awareness and awakens one’s true nature.