Written In The Stars: What Is Astrology?

Written In The Stars: What Is Astrology?

The stars have always fascinated mankind, ever since the first human looked up at a clear night sky and wondered what these celestial bodies were, and how they affect us. From this fascination was born a system of divination that, despite science answering many of our questions about the heavens, still exists today: Astrology.

As Above, So Below

The general idea of astrology is to look for answers above, and that the events that happen on Earth, for individuals and societies alike, are written in the heavens, via the position of the cosmic bodies, stars, and constellations and their movement through the sky over a period of time.

Contrary to what you might commonly know, astrology isn’t simply about the zodiac signs many of us are assigned on the date of our birth. In fact, each civilization throughout history has their own astrological system, which are still similar to one another. Europe, Asia, the South Americas, and the Middle Eastern civilizations all have their own versions of astrology, many of which are still alive to this day.

Astrology has been practiced as early as 2000 BCE, in Ancient Mesopotamia. The Chinese soon followed with the Zhou dynasty in 1046 BCE, and then the Greeks mixed with Babylonian and Egyptian astrology in 332 BCE, brought about by Alexander the Great’s conquest of Asia. From then, in the 7th century, Islamic Arabic scholars took a hold of Hellenistic texts and translated them to Arabic and Persian, and then were sent back to Europe in the 12th century.

Regardless of astrological system, there are, in general, three main branches of astrology, especially traditional Western astrology that most of the world is familiar with.

2.)    Mundane Astrology – deals with the life of large communities, like towns, cities, countries, entire nations, even the whole world. This uses a different astrological chart that will try to divine everything from financial turnouts, political climates, cataclysms like earthquakes or storms, and the general fate of the whole group.

3.)    Judicial Astrology – this branch of astrology dabbles into ancient magic, and deals with trying to figure out the best possible moment for various humane initiatives. It is full of mystery and its followers are tapping into ancient knowledge similar to that of the Mayans or ancient Mesopotamians.

Western, Chinese, and other astrological systems have a Horoscope, which is defined as a schematic of the sky when a person is born. The Western horoscopes and their dates are as follows:

Reading the stars and writing horoscopes require skill and a higher level of consciousness. To start, there are many schools of thought you can follow, and of course, you can improve your consciousness level with our binaural beats tracks. 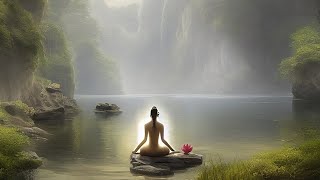 Using 80Hz as our primary binaural beat, this represents and triggers subliminal and subconscious access towards self-reflection, providing us clearer awareness. This particular frequency appears to be involved in stimulating the serotonin production. Effects towards the physical aspects of an individual, this can also provide pain relief and relaxation, as this track is embedded with a 2.5Hz isochronic tone and a carrier frequency of 160Hz.